Blockchain technology was invented back in the year 2008-09 when the market was at its all-time low and investors were looking forward to an alternative to traditional currency which had failed miserably. Around this time, Satoshi Nakamoto came up with a brilliant idea famously known as bitcoin, which could be used as an alternative for the dollar and other major currencies in the world. The most noticeable thing about bitcoin was that it wasn’t controlled by any central authority.

Nakamoto devised the first blockchain database in order to make sure that sender and receiver of bitcoins could execute the transaction without any third party interference. The idea that was planted almost ten years back has now turned into the biggest talk of the town and become extremely popular.

Lest you are new to the blockchain world and have little or no knowledge about it, then this post is all you need to clear your doubts. Given the current popularity of blockchain, there is no doubt that it holds the key to the future of almost all the major industries, including banking industry. Here are some of the major reasons that prove why blockchain is likely to transform the banking industry entirely and why banks should switch to it immediately.

The Speed of Blockchain Transactions Is Significantly Faster

Regardless of how far the technology has brought the banking sector, most of the transactions take a few days or weeks to get complete. Trade finance is an excellent example of this scenario. Even in the standard banking transactions, you have to wait for many days to see actual results. With blockchain technology, this duration can be brought down by a significant margin.

Not long ago, Ripple, ATB Financial, and SAP came together to test blockchain’s efficiency. A payment of CAD $1000 or €667 was sent from Canada to Germany’s ReiseBank. With the existing cross-border payment solutions, this transaction would have taken about 2-5 days to accomplish. However, with blockchain, all it took was 20 seconds.

Ever since the experiment was conducted, Ripple has increased its service standards significantly, which means that the same transaction would not take more than 10 seconds now. This is just one example; there are hundreds like this which you can refer and understand how fast the blockchain transactions are.

Every year, about $150-300 trillion money is sent across national borders by businesses for different settlements. The average transactional cost of these payments comes about 10%, that too when the money transfer takes 2-5 days. On top of this charge, the KYC and other formalities done by the banks consume a lot of time and money, which isn’t justifiable at all.

Blockchain technology can help banks get rid of this additional cost and also the extra time. Over time, it can save a lot of money for businesses as well as banks associated with them.

Regardless of whether you’re a business owner or heading a trade finance unit of a bank, switch to blockchain as soon as you can. This is your best chance to be at the forefront of the blockchain revolution. Just in case you don’t want to face any trouble while adapting to this new technology, use CREDITS’ user-friendly platform and be free from all sorts of worries. Give it a try, be a part of swiftly growing blockchain industry to raise the bar and serve your clients in a far better way than you ever did. 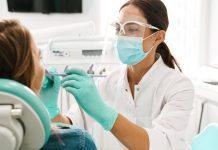 Is it worth having dental treatment abroad? 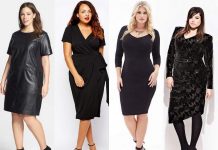 A Black Plus-size Model Is A Must-have 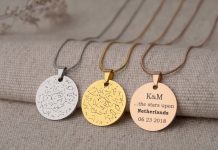 Ideas To Make Your Date Night Special With Some Jewellery Gift The Complete Guide To Beyblade Toys: Everything You Need To Know

Christmas Ideas for Your Vaping Friends