Secoo (SECO), the largest Online-offline Premium Lifestyle platform in Asia, held a “New Life” conference in Beijing on November 16. On the conference, Secoo announced its formal launch of “5+2+1” offline strategic layout, i.e., the opening of five offline experience centers, two high-end custom hotels and the supply chain synchronization with a batch of local and international brands. This is also the first strategy released by Secoo after it came into the market.

Over the past two decades, people’s enthusiasm and eagerness to pursue a good life has grown steadily and rapidly. However, with the development of times, people have varied definitions toward ‘good life’. Chen Jianhao, CEO of Secoo Luxe, believes that 2008, 2013 and 2017 are three key nodes of the change of fashion trends. From desktop computers to massive laptops and then to Apple Mac, from visiting only the capital city to scrambling for top attractions and then to designing in-depth customization travel, fashion trends also change from wearing Adidas into wearing luxury hot styles with logo covered on then to the popularity of minority customized fashion brands. All these have shown the fact that with the economy and technology’s external actuation and the upgrading of customers’ internal demands, a “new life” era has come.

“The standards of new life are different in every era. Nowadays, new life is pursuing quality goods and value experience”, said Li Rixue, Founder and CEO of Secoo. He also said that “the original intention of Secoo has always been providing quality service to high-end users, changing along with the consumption environment, and developing along with consumer groups”. The “5+2+1” strategy is exactly emerged in the new consumption environment in new life.

It is known that Secoo’s five experience centers are going to establish five new experience centers in some domestic non-first-tier cities, including key cities like Xiamen and Qingdao. The experience centers in each city will be decorated with exclusive space according to the city’s regional features and cultural characteristics. This not only enriches the diversification of offline experiences, but also explains the foundation of new life –naturalizing consuming scenes and making them life-oriented. Two high-end custom hotels are the joint released “Secoo customized suite” plan promoted by Secoo, Wyndham and Country Garden. It plans to extend offline experience scenes to hotels. What’s more, high-end customized move such as “remote wardrobe” and “Secoo customized suite” provides more possibilities for consumers’ constraint-free’ travel model. A batch of brand flagship stores refer to the cooperation between Secoo and more than thirty domestic and abroad famous brands such as Versace and Diane Von Furstenberg. Customers can buy products on online Secoo and go get the products from offline physical store. This cooperation is the first in the area since its depth and breadth surpass former cooperation modes between brands and e-commerce. It’s easy to see that the “5+2+1” strategy layout is another big move of Secoo’s offline strategy.

As a platform with over 90% online sales percentage, why would Secoo continues to develop its offline layout and pays attention to providing quality experience and service? Actually, because of the special properties of the industry, the feeling of service, experience and culture is an unavoidable topic related to high-end consumption. On one hand, E-commerce’s traditional ways such as promotion and discounts cannot attract high-end consumers since they are not too sensitive about prices. Only if online and offline strategies are developed together, quality experience and service are provided, the natural disadvantage of e-commerce platform can be avoided to win consumers’ trust and increase their stickiness. They will better trust and accept the platform. On the other hand, under the trend of consumption upgrading, the consumption in first-tier cities is tending to be saturated and the bonus of the return of consumption in Secoond-tier and third-tier cities is gradually becoming obvious. Secoo’s layout in non-first-tier cities is based on such considerations.

Jiang Chuan, the new CTO of Secoo, met the public for the first time on the conference. He elaborated that Secoo was going to add an “intelligent life” module into its offline layout to create more possibilities of increasing the offline experience and service. It’s easy to find that with the help of “offline experience” and “intelligent life”, Secoo’s development opportunities in high-end consumption area will be further enhanced.

The robust performance prospect opens the Secoo and half round of achievements.

According to an unaudited third-quarter financial results released on Nov.16 by Secoo, by the end of the third quarter of 2017, Secoo’s GMV for the third quarter reached US$209.6 million, representing an increase of 65.4% from Q3 2016. Total net revenue reached US$147.6 million, up 44.2% from Q3 2016, symbolizing a tremendous development potential.

Before this, Secoo’s share price witnessed ups and downs, which was not up to scratch. However, as Secoo’s investors, Ms Yan Yisheng from IDG and Ms Long Yu from BAI both said that luxury industry, unlike traditional e-commerce or retail, has its own rules. According to the emphasis SECOO has put on the offline experience and its service performance, Secoo now takes the lead in the new retail era, which also brought more thoughts to the whole industry.

In fact, either Secoo or other players in luxury industry should recognize that as people demand higher-quality life, the new retail that covers all people, all categories, all channels and all supply chains and that embodies more consumption scenarios is an unmissable trend for any luxury brands. It is not hard to find that the “new life” advocated by Secoo digs deeper into the users’ needs and focuses on the experience of and service for more than 15 million core users after the completion of the chain networks. This is to embrace the trend and adapt to changes. Furthermore, it is a step to advance an integrated layout of online and offline business based on profound understanding of high-end consumption rules.

With the upgrading of consumption and the participation of big players, the luxury industry has been expanding at an astonishing speed and witnessing an increasingly fierce horizontal competition in recent years. People no longer blindly chase hot styles and luxurious logos. Luxury brands should put themselves in customers’ shoes to develop products and experiences, which is also the key for players in the luxury industry to stand out in the “new era battlefield”.

It now appears that the release of Secoo’s “5+2+1” Strategy and its performance forecast is a powerful response to doubt. The upgraded offline layout also demonstrates the core rules of new retail. On the other hand, it shows Secoo’s confidence and determination to lead high-end retail in the future. In addition, Secoo will take a step earlier and become a pacesetter in the coming epoch-making Second half round of competition in high-end consumption area. 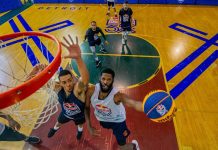 Why Basketball Is Now A Year-Round Sport

How Can a Kalispell Attorney Help You with a Contested Divorce? 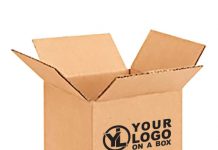 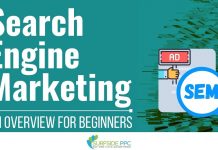 SEM that simplifies the marketing process 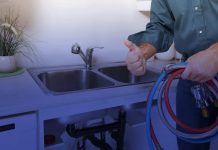 How Can a Professional Plumber in Bethesda Solve Your Faucet Repair Woes?