CROMhub is a blockchain technology infused application developed for the marketing industry, designed to solve the present day real-time issues in the advertising segment. It offers hands-on solutions by maintaining the privacy and subtle nature of the business taking all parties into confidence. The application shall be targeting the exact need of the advertising industry by using the secure blockchain technology for instant settlement which will be much easier and quicker than the traditional bank settlements.

The digital marketing/advertisement industry is a vast pool of about US$500 billion per year, and CROMhub is about to enter into this mega market with a smart movement by introducing the CROM token built on Ethereum. The scheduled pre-ICO will start on November 17 to December 1, and two million CROM tokens have been earmarked for early investors.

For 14 days from the pre-ICO date, CROM will accept payment from registered wallets. The public can check the status of their wallet by checking with pre-ICO members mapping. The minimum investment will be 10ETH, and all pre-ICO investors are eligible for a 25% bonus, which will be in the form of CROMhub tokens.

Once the marked token sales reach the limit, the sales will be closed until the next scheduled sale. The second stage will start on December 1, which will be public crowdfunding. The second sale will have no minimum token ceiling. No token sale will go beyond December 15, the final date of the ICO.

Common issues in the advertisement market

The frequent glitches predominant in the advertisement industry are the delayed settlements, disputes, unethical practices, non-performance, lack of clarity in the agreements, arbitrary changes in the contracts, related disputes, etc. Settlements are always facing massive roadblocks, and subsequent ripples will be far-reaching, which creates problems in many segments. Digital marketing is interlinked and associated with many other businesses. Presently, due to the various existing forms of issues, the market is always under a considerable amount of pressure and uncertainty. The poor performance, involuntary exposure to fraudulent activities, and an element of low morale hunt the market players.

Here is where CROMhub wants to play a constructive role – to solve these pertinent issues and take over the transactions linked with performance marketing between advertiser, network, and publisher by effectively using the Ethereum-based blockchain technology and converting the mode of payment from conventional bank transfer to cryptocurrency-based electronic money transfer.

The concept of CROMhub took shape in 2015, and the founders assembled the founding team in 2016 and put the concept into written form and plans. The employees and team members are from different countries. However, all members are from performance marketing, and it makes things easy for them to thread the nuances of the company.

Who are the advisors?

The advisors of CROMhub are in no way associated with the blockchain community but are popular figures in the digital marketing industry, who invest their professional experience for the company.

By using blockchain, CROMhub plans on establishing a ‘clearinghouse’ among the concerned parties with consensus-assured payment by ETH and other cryptocurrency tokens. Once the transactions are brought to the CROMhub platform, there will be an instant settlement. As part of the process, the advertisers shall initiate a conversation (like CPA, CPL, CPO, etc.) and shall share the information with all other parties by using the Ethereum tracking system and are willing to be part of the deal and send funds. Networks will be the intermediaries between the publishers and advertisers. They shall be able to receive and transmit funds, but publishers cannot send money. Since they are the recipient of the deal, they can only receive the money. The publishers will be the ultimate target of the conversation.

As said earlier, the cost of a transfer will be much less than compared to conventional bank transfer fees and settlements will be quick and instant. The liquidity of the settlement will always be on the higher side and can protect the registered conversation by smart contract solutions. It also has an off-chain implementation arrangement with Amazon Web Services, which allows low latency, and scales the platform without regional restrictions. The CROM ICO token holder can enjoy processing fee advantages, which are irrevocable, for any services if they wish to avail from the company in the future.

Features of the token

The token contract uses the block supplied by OpenZeppelin with a fixed supply of 10 million, in compliance with the ECC20 standard.

While dealing with traditional banking operations, a settlement takes an average of 45 days. With CROM, the same deal can finish in a few minutes. Similarly, when the bank can incur a cost of 2-6% as transaction/settlement fee, CROM will cost you only 1-3%. ICO holders can use discount offers, and people who want to use the service can use web application and API, which is easy to integrate with the existing performance tracking system. Customers can also use the cloud service of CROM, which is cost effective.

By making the tracking process and subsequent payment percent transparent, CROMhub offers tamperproof resolutions and instant settlements, which will boost the trust and liquidity quotient of the parties involved in the deal, without diluting the privacy and security of transacting parties. The ICO token valuation is directly related to the world digital advertisement market, and the potential growth expectations are promising where every investor can grow along with the CROMhub platform and the digital marketing industry.

How to Style a White Off-the-Shoulder Dress 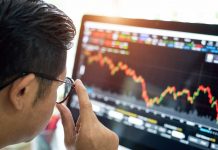 9 Things to Know When Hiring an Auto Glass Company